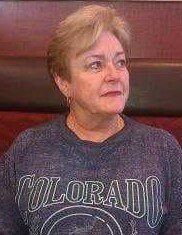 Janice Lee Laprade Mason, 81, of Madison Heights, VA, passed away Thursday, December 22, 2022, at her home after an extended illness.

Born May 17, 1941, in Roanoke, VA, she was a daughter of the late Hedric Swanson and Georgia Edyth Kegley La Prade. She originally worked with the Old Time Gospel Hour in Lynchburg and later retired as owner of the Postal Expert Team in TN. She was of the Baptist faith and enjoyed traveling, watching tv and especially spending time with her children, grandchildren, and great grandchildren.

A memorial service will be held 2:00 P.M. Saturday, January 7, 2023, at Inglewood Baptist Church with the Rev. Dan G. Mason officiating. Diuguid Waterlick Chapel, 237-2722, is assisting the family. On-line condolences may be made at www.diuguidfuneralservice.co

To send flowers to the family or plant a tree in memory of Janice Mason, please visit Tribute Store
Saturday
7
January

Share Your Memory of
Janice
Upload Your Memory View All Memories
Be the first to upload a memory!
Share A Memory
Send Flowers