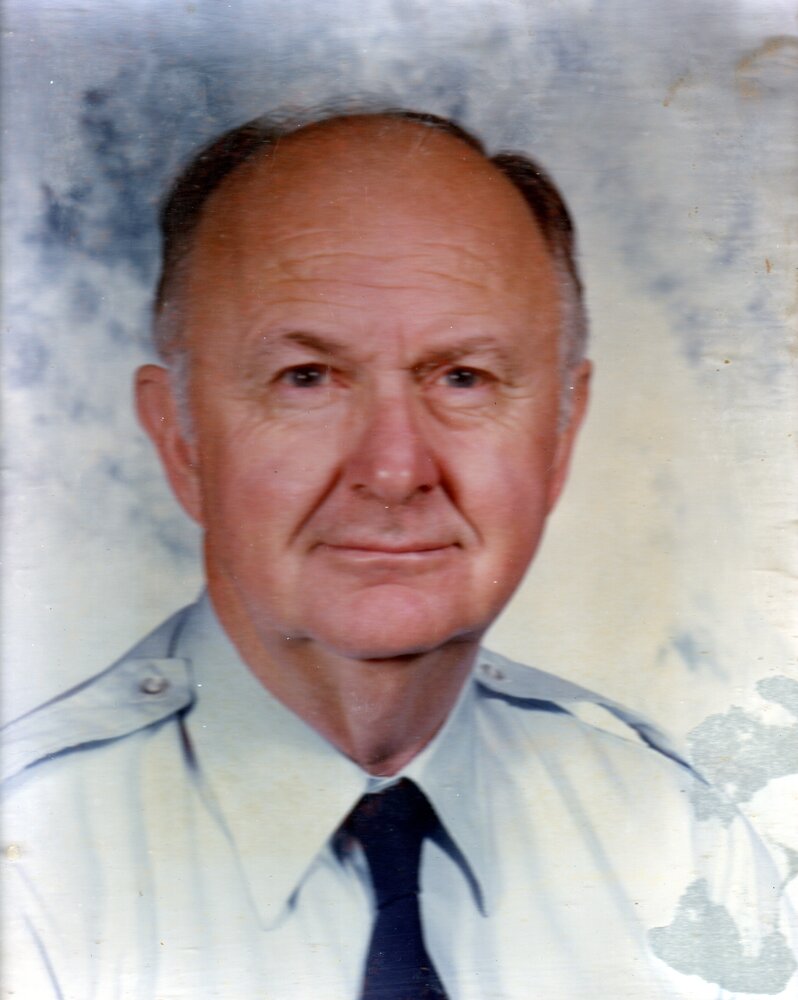 Robert Arthur Mayne, MSgt-USAF-Retired, 98, of Evington, VA,, passed away peacefully on Monday, January 24, 2022 at his home. Twice married, he was preceded in death by his first wife, Emma Mayne and now survived by his wife, Barbara Farrar Mayne.

Born July 8, 1923, in Walton, NY, he was a son of the late Newell Nelson and Lillian Sprague Mayne. He attended Richfield Springs High School and received his bachelor’s degree while in the service and his Master’s Degree in Education from Lynchburg College. He proudly served in the United States Air Force for twenty-four years where he served during the World War II, Korean War and the Vietnam War. He was very proud of flying 70 mission flights in England and France during his career. He loved the B-26 Marauder aircraft. He was especially proud of starting the local Air Force R.O.T.C. program at E.C. Glass High School in 1968. After retirement, he served as an Assistant to the school Administrators for ten years.  He was a member of Moose Lodge # 1727, American Legion, The Air Force Sergeants Association, Air Force Association and he was a 32nd Mason in Richfield Springs, NY.

“Sarge” was loved and respected by all that knew him.

In addition to his wife, Barbara, he is survived by five children, Robbin M. Roche of Lynchburg, Georgette M. Cyrus of Forest, Deborah Zrioka (Tom) of La Plata, MD, Lisa Stone of Forest and Sara Anthony (Scott) of Roanoke, VA; fifteen grandchildren and thirteen great-grandchildren and many loving former students , fellow faculty members and friends. He was preceded in death by one daughter, Vickie Lee Mayne and one brother, Richard N. Mayne.

A celebration of Sarge’s life will be held Saturday, January 29, 2022 at 2:00 P.M. at Diuguid Wiggington Road Chapel with Rev. Dan G. Mason officiating.

The family will receive friends immediately after the service at the funeral home. Burial will be in New York at a later date. And as the Sarge would say, “and that’s it”.

Memorial contributions may be made to Centra Hospice, 2097 Langhorne Rd., Lynchburg, VA, 24501.

To send on-line condolences may be sent to www.diuguidfuneralserice.com.

Webcast Link to watch the service on your computer:  https://client.tribucast.com/tcid/691010883

To send flowers to the family or plant a tree in memory of Robert Mayne, MSgt,USAF-Retired, please visit Tribute Store
Saturday
29
January