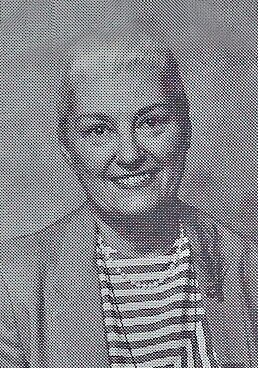 Joan Holstead Davies died on August 21, 2021. Born on August 5, 1925, in Richmond, Joan grew up in Charlottesville, where she met her husband-to-be, Arthur B. (Tom) Davies, III, while working in the UVa library. Joan and Tom moved to Lynchburg in 1950, where she resided until her death.

Joan was an avid reader and writer, and was a founding member of The Writers’ Bloc. She wrote short stories that were reflective of her past, wry, and socially aware. She was a grammarian and champion of proper word usage — leading some of her grandchildren to call her Grams.

She gave back to the community, volunteering her time for the Lynchburg General Hospital Ladies Auxiliary, (“The Pink Ladies,” as it was then called), the Lynchburg Women’s Club, United Way of Central Virginia, the American Red Cross, and as a Sunday school teacher for many years at First Presbyterian Church.

She is survived by two sons, Arthur B. (Bev) Davies, IV (Nancy) and Jonathan E. Davies (Yvonne), by four grandchildren, Anne Davies Bruce, Sarah Frances Davies, Peter Holstead Davies, and Megan Kathleen Davies, and by nine great grandchildren. The family is appreciative of the kind care that Joan received at Liberty Ridge Health and Rehabilitation during the final months of her life.

Whether you knew her as Joan, Mama, Grams, Gramma, Miss Jones, Mrs. Davies, or just that lady with the beautiful silver hair, you found in her a memorable lady. She will be missed.

Any contribution in her memory may be made to the American Red Cross or to any caring organization. A private memorial gathering will be held by the family.

To send flowers to the family or plant a tree in memory of Joan Davies, please visit Tribute Store