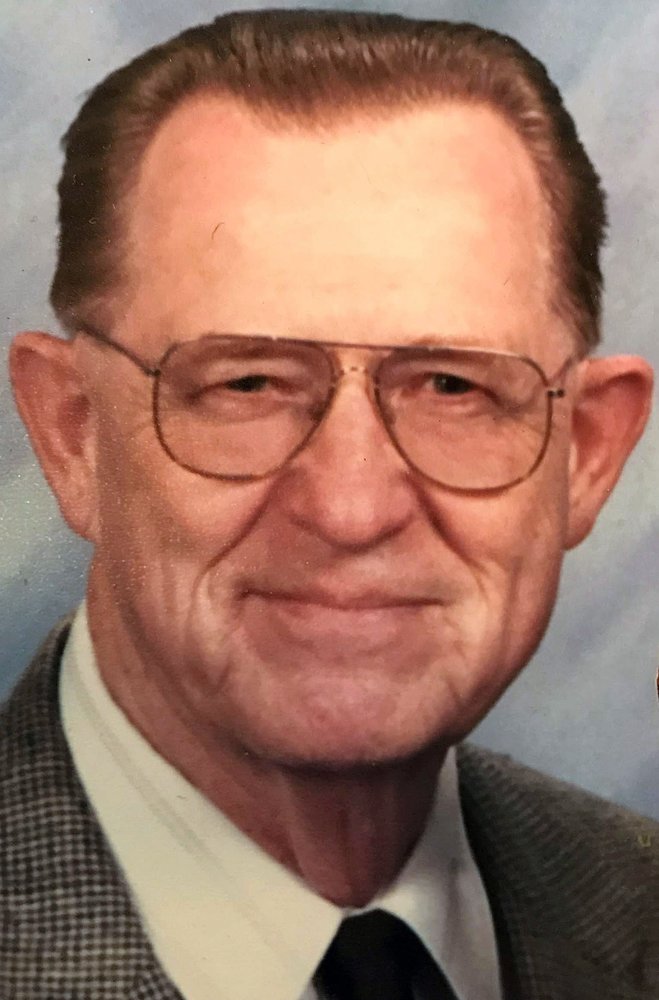 John Franklyn Scoles, 86, joined his wife Wilda in glory on November 20, 2019 in Lynchburg, VA.  Until a brief hospitalization in August 2019, John walked 3 to 4 miles on the trails around Lynchburg four or five times per week.  Declining health after his hospitalization shortened his walks considerably, but did not keep him off the trails.  John went by many other names: Dad, Pop, Papa, Farmer Johnnie, Johnboy, Okie boy, Mr. Shielding, Dr. Scoles, and probably numerous others.  John’s profound intelligence and insights, witty humor, love of puns, and interest in everything, mixed with humility and love for all people endeared him to everyone.  He never failed to greet complete strangers who he met on the trails wherever he lived.  Many of those strangers went on to become “trail friends.”

Born in Dewey, OK on March 5, 1933 to Lester Cleo Scoles and Alta June (Ackenbom) Scoles, John was fond of reminding friends and family members that “The President declared a national holiday in honor of my birth.”  His birthday was the same day that President Roosevelt announced a banking holiday in an attempt to end a month-long run on banks.

John’s first memories of home were of a literal tar paper shack that used wallpaper to keep dustbowl winds from blowing through the cracks.  Despite those humble beginnings, he excelled in math and science, and graduated from the University of Oklahoma with a BS in Physics.  During most of his college days he worked nearly full time to pay his bills, and yet, he completed his degree in three years.

John’s first job was at Tinker Air Force Base in Oklahoma City, but he quickly found a better position at Convair in Fort Worth, TX.  At church one Sunday in Fort Worth he met Wilda Dee Carpenter.  They were married not long afterward, and went on to enjoy almost 56 years together.  The job at Convair was a springboard that propelled John through a series of jobs with steadily increasing responsibilities: ALCO Products (Schenectady, NY), Los Alamos National Laboratory’s Nevada Test Site (Las Vegas, NV), and finally Knolls Atomic Power Laboratory (KAPL; Niskayuna, NY).  All of his jobs dealt with some aspect of Nuclear Power or Propulsion.  He ultimately retired from KAPL as the manager of their shielding section in 1992.

Post retirement, John and Wilda lived in Checotah, OK; Maryville, TN; Lancaster, PA; and finally, Lynchburg, VA.  Everywhere they lived, both during their early years together and post retirement, they quickly became deeply involved in their church and community.  This continued for John after Wilda’s death in 2012.  Some of the many things John enjoyed over the years included: orchid raising, gardening, square dancing, ceramics, carpentry, breadmaking, stained glass, amateur botany, avid reading, memoir writing, and creative writing.  Even with all of that, John always found time for family.  He was always available to help with home renovations or other projects for his children and grandchildren.

A memorial service to honor John’s memory and celebrate his life and faith will be held Saturday, December 28 at 10:00 AM at Quaker Memorial Presbyterian Church; 5810 Fort Avenue; Lynchburg, VA.  The family will be available in the Narthex of the church starting about 9:15 AM, and there will be a reception following the service at the Lynchburg First Church of the Nazarene; 1737 Wards Ferry Road; Lynchburg, VA.  Inurnment will be in the church columbarium in a private ceremony.

In lieu of flowers, memorial contributions may be made to Quaker Memorial Presbyterian Church, 5810 Fort Ave., Lynchburg, VA 24502 or your own place of worship.  John’s children will be placing a new bench on the Blackwater Creek trail in honor of their father.  If you wish donate to this effort, direct your giving to Quaker Memorial Presbyterian Church, and clearly mark it “John Scoles Memorial Bench.”

Share Your Memory of
John
Upload Your Memory View All Memories
Be the first to upload a memory!
Share A Memory
Plant a Tree