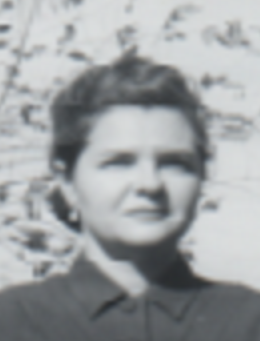 Vicky Mehaffey Brandt, of Campbell County passed away on December 8, 2022. She was born January 21, 1927, in Charlotte County, the daughter of the late Dana and Ruby Farrar.

She was raised in Red Oak, VA and graduated from Randolph Henry High School in 1944 where she was active in drama and from Phillips Business College in 1946.
She was predeceased by her first husband, J. Seaborn Mehaffey and second husband, H.C. Brandt, numerous nieces and nephews, including most recently Nancy Mehaffey and Aubrey Mehaffey.
For many years she was a member of Centenary United Methodist Church, and currently a member of Timberlake United Methodist Church. She devoted her adult life to raising her four children, always putting them before herself. She was the caretaker for her beloved father for seven years. In 1981, she began employment with Central Virgina Community Services, retiring in 1995. Throughout her life she was a member of numerous organizations, including the Eastern Star in which she was a past Worthy Matron, the ABWA, and Timbrook Women's Club.
She enjoyed many activities including volunteering at VA. Baptist Hospital, travel, collecting and reading local history, antiquing, singing, attending plays, bowling and pet sitting her four-legged grandchildren.

A reception and visitation will be held on Saturday, December 17, 2022, from 11-12 noon followed by a funeral service at 12 Noon at Timberlake United Methodist Church. Interment will be in Fort Hill Memorial Park. Please wear face mask.

In lieu of flowers, anyone wishing may consider a donation to their favorite charity.

The family is being assisted by Diuguid Waterlick Chapel, 237-2722. On-line condolences may be made at www.diuguidfuneralservice.com.

To send flowers to the family or plant a tree in memory of Vicky Brandt, please visit Tribute Store
Saturday
17
December

Share Your Memory of
Vicky
Upload Your Memory View All Memories
Be the first to upload a memory!
Share A Memory
Send Flowers