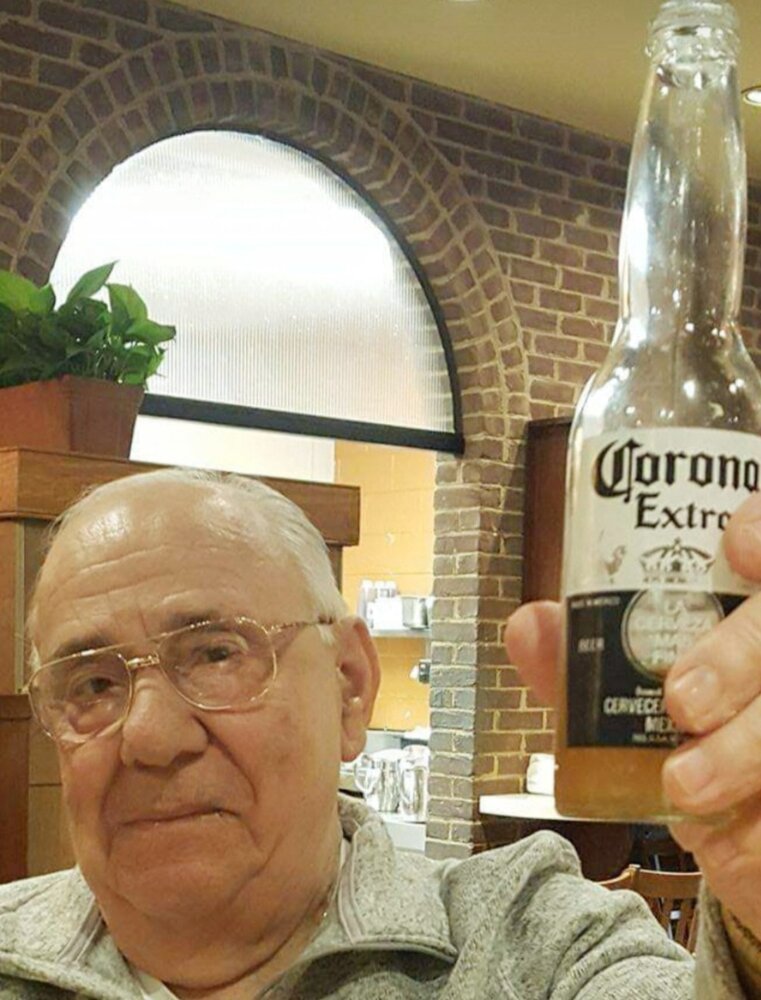 On 12/2/22 Jordan Stephan Bruni of Forest, VA rested in eternal peace after a long, hard-fought battle with Lewy Body Dementia. Jordan was born in North Tarrytown, NY on October 13, 1937, as Giordano Stephano Valentino Bruni, to Italian immigrants Salvatore Bruni and Santa Favilla Bruni. Jordan’s name became Americanized before entering school. Raised in the Catholic faith, he served as an Altar Boy during childhood.

Jordan grew up in Irvington, NY and played football for Irvington High School, earning the nickname, “Jocko.” He enlisted in the US Navy and was stationed in Bainbridge, MD until a knee injury on base forced an honorable discharge. As a young man, Jordan went traveling on a European adventure with his best friend, Nat Galassi (Olga) of Lawrenceville, GA, who would later become his Best Man.

Jordan and Judy raised their children in Fishkill, NY. He dedicated forty-three years as a Mail Expeditor for the United States Postal Service, commuting to White Plains and Mt. Vernon, NY. Upon retirement, Jordan and Judy moved to Sun City Center, FL where they resided for many years. In 2016, they relocated to Forest, VA to be close to their surviving daughter’s family. When Judy passed away, Jordan moved into his daughter and son in law’s home, where they cared for him with palliative support from hospice.

Jordan was a great provider and an extremely private man. He took quiet pride in his family, faith, Italian heritage and was known for an amazing vegetable garden and meticulously kept yard. Many remember his dry sense of humor and a repertoire of countless hilarious stories. To Jordan, nothing was better than a delicious family meal, a comfortable chair to nap in, watching a football game or boxing match, a good cigar, fishing, and vacationing by the ocean. He patiently attended both daughters’ yearly dance recitals with a smile. Jordan loved having grandsons. Together, Poppy and Mee Mee made countless memories with the boys, and particularly enjoyed taking them to baseball games. They supported each child at band, sports, and scouting events in person or by phone.

In lieu of flowers please consider donating to The Lewy Body Dementia Association www.lbda.org, or an animal shelter of your choice. Diuguid Funeral Home is serving the family.

To send flowers to the family or plant a tree in memory of Jordan Bruni, please visit Tribute Store

Share Your Memory of
Jordan
Upload Your Memory View All Memories
Be the first to upload a memory!
Share A Memory
Send Flowers