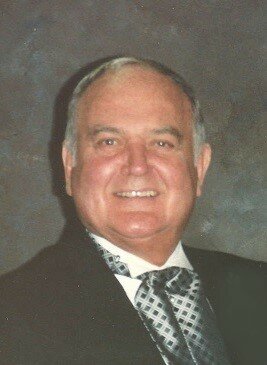 Roy Lee Saunders, 91, of Lynchburg, passed away Tuesday, November 29, 2022, at his home surrounded by his family. He is survived by his loving wife of 65 years, Marion Wright Saunders.

Roy was blessed with a full and joyful life. He graduated from E.C. Glass High School and as the first in his family to attend college, he graduated from Lynchburg College with a B.A. in Economics. He served in the 82nd Airborne Division as a paratrooper. He was a founding member of Moose Lodge 1727 and remained a charter and active member.

He was a lifelong entrepreneur, re-defining himself several times. After a brief career in finance following college, he followed his entrepreneurial spirit to be his “own boss” and opened, as owner/operator, Saunders’ Texaco on the corner of Candler’s Mountain and Wards Road. After 30 years of operating Saunders’ Texaco as a successful business, he focused on becoming a fulltime real estate broker.

He was an avid believer in love of family and treasured being able to spend time traveling the United States and the World with his family, introducing his children to many different cultures and beautiful adventures. He also insisted that an education is something no one can take away and sent all four children through college at the University of Virginia. Pursuit of a higher education was paramount to Roy, he never stopped his quest for knowledge and encouraged others to do the same. Roy was truly his happiest with his wife, children, grandchildren and extended family. He loved sharing and entertaining at his beloved Bedford Alum Springs home. We all enjoyed hours of storytelling, plenty of good jokes and laughter with him. Roy, Dad, Pa, Uncle Roy, however you knew him, know he loved you

He was dearly loved and will be dearly missed.

The family will receive friends Saturday, December 10, 2022, from noon to 12:45 P.M., followed by a funeral service at 1:00 P.M. at Diuguid Waterlick Chapel with Hannah Creager officiating. The burial will follow in Fort Hill Memorial Park.

To send flowers to the family or plant a tree in memory of Roy Saunders, Sr., please visit Tribute Store
Saturday
10
December

Share Your Memory of
Roy
Upload Your Memory View All Memories
Be the first to upload a memory!
Share A Memory
Send Flowers