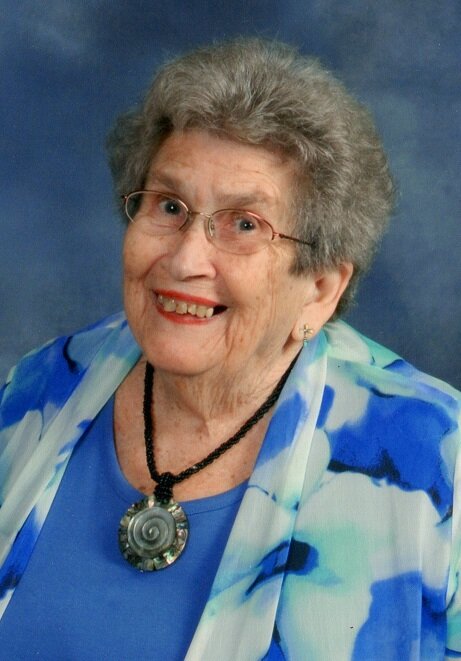 Barbara Anne Wiley Stinnette, 87, of Madison Heights, VA, went to be with her Heavenly Father because of her faith in Jesus Christ on Saturday, July 30, 2022. She was the wife of the late Sherwood Earl “Snooks” Stinnette.

Born on June 25, 1935 in Amherst County, VA, she was the daughter of the late Earl Collins Wiley, Sr. and Vernie Foster Wiley.  Barbara was a devoted Christian and a loving mother, grandmother, great-grandmother, sister, aunt, and cousin.  She was a lifetime member of Elon Baptist Church, having served there as pianist from the age of nine and later serving as choir director for many years. She also enjoyed participating in many other activities at the church.

She held several jobs over the years, including bookkeeper at N&W Industries, secretary at Elon Elementary School, and clerk at the Amherst County Public Library.

In addition to her parents and her husband, she was preceded in death by a son, Timothy E. Stinnette; a sister, Gloria W. Throneburg; and a brother, Earl C. Wiley, Jr.

The family will receive friends at Elon Baptist Church in Madison Heights, VA, at 1:00 PM on Wednesday, August 3, followed by a Celebration of Life service at 2:00 PM. Burial will follow in the church cemetery.

To send flowers to the family or plant a tree in memory of Barbara Stinnette, please visit Tribute Store
Wednesday
3
August

Share Your Memory of
Barbara
Upload Your Memory View All Memories
Be the first to upload a memory!
Share A Memory
Send Flowers