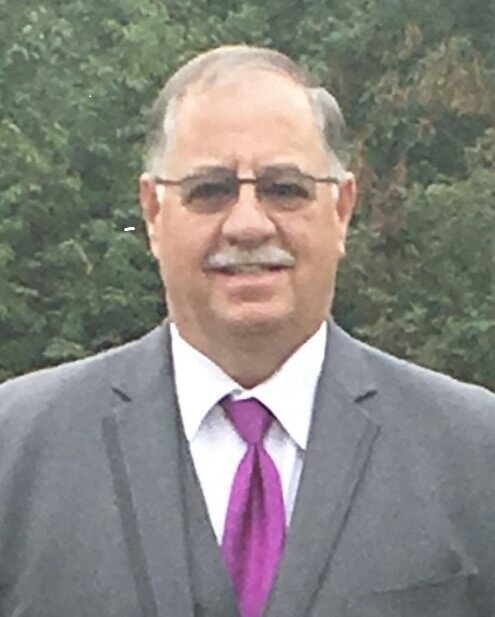 Robert Wayne “Grumpy” Holmes, 67, of Forest, passed away Tuesday, July 26, 2022 at his home with his family at his side.  He was the husband of Linda Smith Holmes.

Born June 3, 1955 in Tripoli, Libya, Africa. He was a son of the late Theodore Clifton Holmes and Ingeborg Mange Holmes. He was retired Vice-President of Sales and Finance with BB&T Bank. He was of the Baptist faith and went on numerous mission trips around the world.  "Grumpy”, as he was fondly called, deeply loved his family. He loved motorcycles and rode in the “Rolling Thunder” to Washington, D.C. He proudly served our country in the United States Army during the Vietnam War.

The family will receive friends from 2 to 4 at Diuguid Waterlick Chapel on Sunday, July 31, 2022.  A private inurnment will be held at Amelia Veterans Cemetery at a later date.
Memorial contributions may be made to the American Cancer Society in lieu of flowers.
Diuguid Waterlick Chapel, 237-2722, is serving the family. To send on-line condolences, please go to www.diuguidfuneralservice.com.

To send flowers to the family or plant a tree in memory of Robert Holmes, please visit Tribute Store
Sunday
31
July