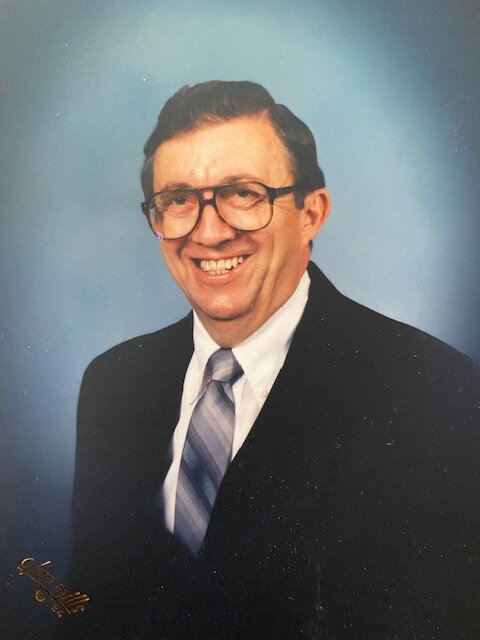 William C Nester (87) died peacefully in his sleep on the morning of Saturday April 9, 2022.  He was born in Pittsylvania County Virginia in 1934.  William graduated from Renan High School as valedictorian. He received his bachelor’s degree from North Carolina State University in Nuclear Engineering, and he received his MBA from Lynchburg College. He worked as a nuclear engineer for Babcock & Wilcox for most of his career.

In his childhood he enjoyed playing baseball and working on the apple orchard one day a week. He was a deacon in his churches and taught Sunday school.  He volunteered for Meals on Wheels and delivered sermon tapes to shut ins. He was a lifetime member of the Scottish Rite of Freemasonry.

In 1956, William (Bill) married Jean C Nester. From this union Albert, Stephanie and Michael were born.  He was a devoted husband and father.

One of his great joys was visiting all 50 states, including the state capitals, with his wife, Jean. They celebrated their 50th wedding anniversary with an Alaskan cruise which was the last state on their list.  In June 2020, they celebrated their 64th anniversary.  He also enjoyed playing Horseshoes, Cornhole and Mexican Train Dominos.

Bill is survived by his children (and their spouses):  Albert (Ian Zachary), Stephanie (Barbara Smallwood) and Michael (Kim); his grandchildren: Giada and Ronan; and sibling: Cynthia Miller and a host of nieces and nephews, other family members and friends.

To send flowers to the family or plant a tree in memory of William Nester, please visit Tribute Store
Thursday
14
April