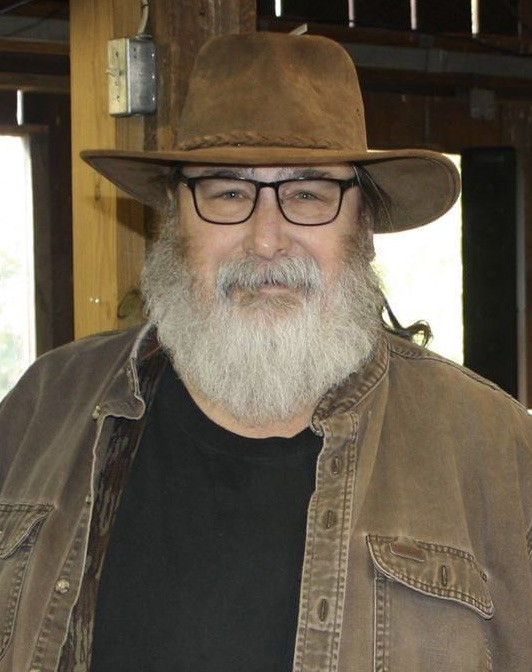 Douglas Glenn Spear “Grampa, Poppy,” 65, of Forest, Virginia, went to his eternal heavenly home on December 28, 2021, after a brief battle with cancer. Born in Richmond, Virginia, “the Capital of the Confederacy” and our beautiful Commonwealth, Doug spent most of his life living in Lynchburg and surrounding communities.

He is survived by his loving wife and Celtic princess of 32 years, Cindy (Belcher Gunter Spear); his children Josie Leigh Spear of Forest, Samuel Thomas Gunter of Rustburg, and Stephanie Gunter Ford (Vinson) of Rustburg; his five grandsons (each with their own special place in his heart) Steven Ford (Taylor), Jacob Ford, Ayden Regan, Garrett Ford, Brantley Harris; his only granddaughter “Poppy’s wild angel” Cheyanna Spear; his mother Faye Spear of Lynchburg; his siblings Bert Spear (Karla) of Richland, WA, and Judi Coleman (Warren) of Harrisonburg, Virginia; his siblings-in-law Tamara Rosser of Lynchburg and Scott Belcher (Steve) of Richmond Hill, GA, and a host of nieces, nephews, and friends. Doug was predeceased by his father Byron Spear Sr. and his parents-in-law Garrett and Marian Belcher, as well as his grandparents, most recently his 108-year-old grandmother Avis Spear of Maine.

Doug was a Vietnam era veteran of the U.S. Navy. He worked in the lumber business with his dad at Spear Plywood, then began his journey as a machinist at Belvac Production Machinery, and finally ended that career with a serious industrial injury at StampTech in Lynchburg, Virginia.

Doug was a father to many and was a fun-loving and special grampa who was greatly admired and loved by his grandchildren. He always looked forward to regular outings with his buddies who often gathered at Hunting Creek. Doug most enjoyed fishing and camping in the the Blue Ridge Mountains of Virginia, target shooting, and sitting on his porch or around a fire pit listening to music and dancing along with family and friends. Favorite vacations were spent at the beach, particularly in Hilton Head Island, SC, and Topsail Island, NC; and in Nashville, Tennessee. He was known to make up his own unique versions of existing songs with silly words and ballads and also composed a few great songs of his own along with friend Tom. He was a history buff, reading, watching documentaries and movies, and visiting many historical sites along with his wife. He even drove his three middle grandsons to and from a daily educational summer camp and reenactment of life as a solider at Appomattox, an experience they will forever remember. He taught all the kids and grandkids fishing and outdoor skills and engaged in a dangerous alligator adventure with his oldest grandson that was classic Doug…“ain’t skeered.” He was a member of Tree of Life Ministries in Lynchburg and counted Pastor Mike Dodson among his dear friends.

Duiguid Funeral Home and Crematory of Lynchburg is assisting the family. A celebration and memory of Doug’s life will be held at Tree of Life Ministries, 2812 Greenview Dr, Lynchburg, VA on January 23 at 3:00 PM.

A slideshow of memories will start at 2:30 and service at 3:00, followed by outdoor military honors. The family requests that attendees consider wearing masks due to the increasing incidence of illness in the community.

To send flowers to the family or plant a tree in memory of Douglas Spear, please visit Tribute Store
Sunday
23
January