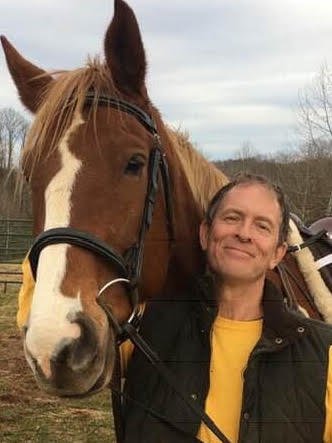 Tuck was a graduate of Virginia Episcopal School and Virginia Commonwealth University.

Upon graduating from VCU, he immediately left for Los Angeles dreaming of establishing himself in the field of animation.  Over his 30 year career, he animated some of the greatest cartoons including The Little Mermaid, Rugrats, The Simpsons, Hey Arnold!, Ren and Stimpy, Fairly Odd Parents, Family Guy and Spongebob Squarepants.

After returning to Virginia, Tuck transferred his skills to the world of academia and accepted a role as Associate Professor at Longwood University, Farmville before transferring to Sweet Briar College as an Associate Adjunct Professor of Studio Art.

In addition to his parents, Tuck leaves behind his daughter Gina Tucker of Denver, Colorado; wife Anne Coates of Lowesville, Virginia; brother Bailey (Susan) Tucker of Raleigh, NC; niece Mallory and nephew Will Tucker of Raleigh.  He is also survived by aunts, uncles, cousins and many friends.  He was predeceased by his wife Connie.

A celebration of life will be held at a later date.

To send flowers to the family or plant a tree in memory of William Tucker, please visit Tribute Store