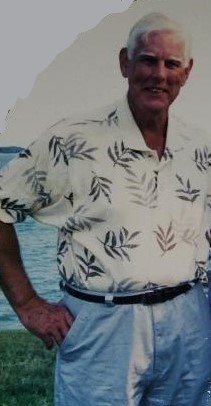 HUFFMAN, Mr. William Conway “Bill”, passed away peacefully at home on October 27, 2020. He was born on October 25, 1929, and raised in Lynchburg, Va., the son of the late Ivis Allen Huffman and Kathleen Elizabeth Stone Huffman. Bill was blessed with a marriage of 59 years to Anna Huffman, who predeceased him. He is survived by his daughter, Shelly Huffman; son, Michael Huffman (Jennifer); grandchildren, Jacob, Karlie and Allie; and brother-in-law, Dan G. Mason (Jeane).

Bill served in U.S. Air Force (1950 to 1954) and received the National Defense Service Medal – Good Conduct Medal, after which he joined IBM, where he spent his entire career, retiring in 1990.

Bill loved spending time at their home in Deltaville, where he enjoyed countless summers fishing, crabbing, boating and a cup of coffee or a cold beer on the deck with family and friends. Bill had a gentle and generous nature, quick wit, love for woodworking and the ability to build or repair almost anything. In addition to puttering around and repairing items in his workshop, one of Bill’s favorite hobbies was going to estate sales and auctions. He enjoyed attending his children’s and grandchildren’s athletic events, and following college basketball and football (in particular, VCU Rams and UVA Cavaliers).

The family would like to thank Bill’s caregivers, Mary Burwell and Marye Valentine for their dedicated and loving care.

A memorial service will be planned for a time when his family and friends are able to safely gather, share memories and celebrate his life. He will be entombed alongside his wife in Hollywood Cemetery, Palmer Chapel Mausoleum, Richmond, Va.

To send flowers to the family or plant a tree in memory of Bill Huffman, please visit Tribute Store

Share Your Memory of
Bill
Upload Your Memory View All Memories
Be the first to upload a memory!
Share A Memory
Send Flowers