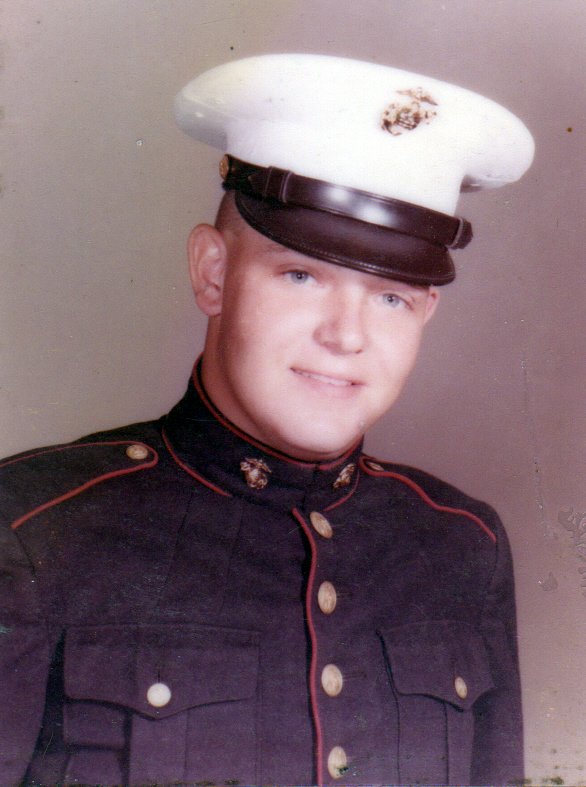 Michael T. Ingram (Mike) passed away after a long illness at Lynchburg General Hospital on September 9, 2020.

Mike was the owner of Lakeside Auto in Lynchburg for over 25 years.  He never met a stranger and was friends to many a customer whose car was in need of an “emergent” look-see.  He must have walked 100 miles a day through the garage working on scheduled jobs along with the “walk-ins”.  The end of his days usually consisted of a table side chat with buddies solving the world’s problems before going to work in the beloved garden with what I like to refer to as the “salsa” kitchen.  This group made a mean chow-chow and salsa not to mention sharing their vegetables on the side of 811 on the expertly crafted John Deere Green cart built by Mike for just that purpose.   After gardening season was over, it was usually hunting season, and the same group would convene at the infamous hunting camp only a four-wheel drive was suitable for.  Mike would say, “the more remote, the better the hunt!”   Mike and his son enjoyed many seasons of hunting together with their friends.

Mike served with distinction in the United States Marines from 1965 – 1967 during the Viet Nam conflict.  He was proud and honored to serve his country and loved it deeply.

Mike is survived his only son, Michael, his mother, Nancy and a granddaughter, Paisley Faith Ingram.  He is also survived by two devoted sisters, Betty (Jay deceased) and Sandy (Doug) of Lynchburg, and too many nieces and nephews to name though he worried and thought of all them equally.  Mike is preceded in death by his parents, Thomas and Helen Ingram of Lynchburg, two brothers, William Jennings of Forest and Tom Ingram of Lynchburg and a sister in Portsmouth, Helen Rasnick Palmer.

The family wants to say words of special thanks to his lifelong friend and Marine brother, R.D. Couch and his lovely wife, Jan.  Their support was unwavering and loyal.  Mike and R.D. were brothers in the truest sense; having endured Viet Nam and life together.

All of Mike’s friends, John Cooper, Barry Arthur, Bob Cahey, Red Powell, Ron Leary, Rick Read, and more that I’m sure I don’t know, were all so faithful to visit and help when and where they could.  Words are inadequate to express our gratitude.  Mike was truly wealthy in friendship.

A visitation will be held Friday from 7-8:30 P.M. at the funeral home and one hour prior to the service and other times at Sandy and Doug’s residence

A memorial service will be held at Diuguid Waterlick Chapel on Saturday, September 12, 2020 at 2:00 P.M.  with full military honors.

In lieu of flowers, please consider the VA in Salem, the Pearson Cancer Center or the Lynchburg Humane Society.

To send flowers to the family or plant a tree in memory of Michael Ingram, please visit Tribute Store
Print
Friday
11
September