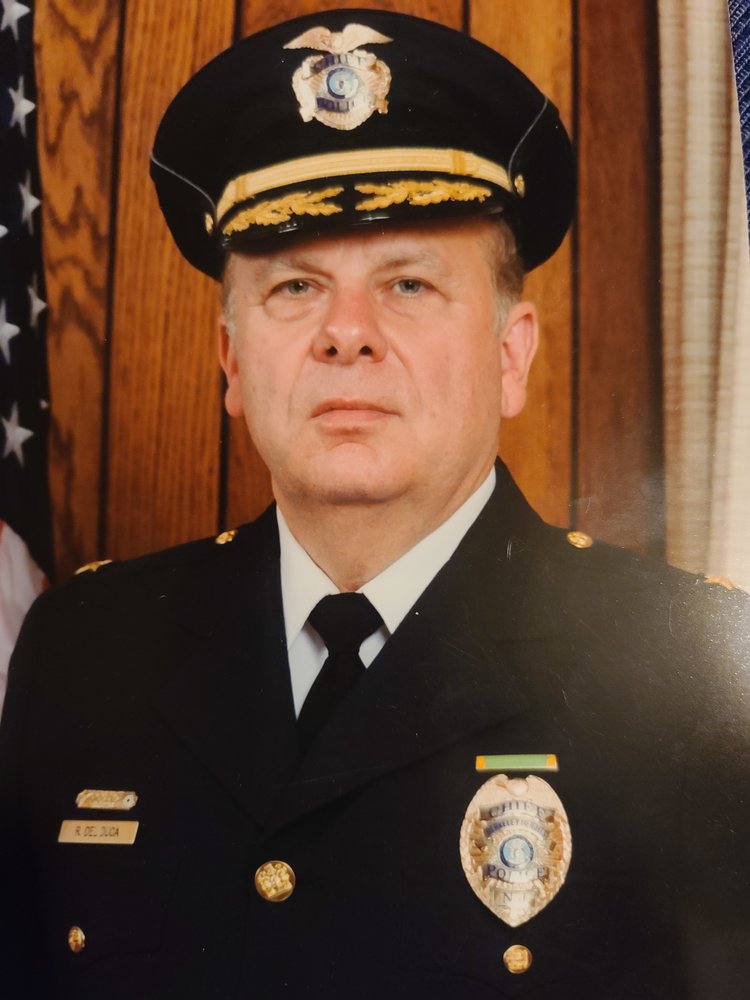 Ralph Michael Del Duca, 87, of Goode, VA, and formerly of Berkeley Heights, NJ, passed away Sunday, August 30, 2020 at his home. He was the husband of Genevieve “Jaye” Del Duca for 67 years.

Born November 1, 1932 in Berkeley Heights, NJ, he was the son of the late Anthony and Dora Del Duca. After his enlistment in the U.S. Navy (1952-1954), he served aboard the USS Northhampton. He later earned an AA degree in criminal justice from Union College, NJ and attended criminal justice programs at UVA, Trenton State University and Rutgers University in New Jersey. He also graduated from the FBI Academy at Quantico, VA and was a member of the FBI National Academy. Chief Del Duca was listed in the Who’s Who in Police Enforcement in the International Police Chiefs Association. He was Chief of the Berkeley Heights, NJ Police from February 1, 1982 –April 4, 1992 with a total of thirty seven years of service in the Berkeley Heights Police Department. He was life time member in Local #144 PBA and Berkeley Heights Volunteer Fire Dept.

To send flowers to the family or plant a tree in memory of Ralph Del Duca, please visit Tribute Store

Share Your Memory of
Ralph
Upload Your Memory View All Memories
Be the first to upload a memory!
Share A Memory
Send Flowers