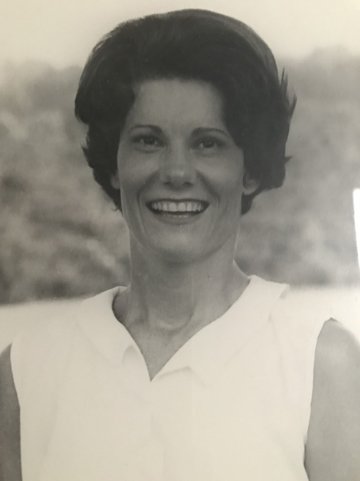 Marjorie R. Crowder of passed away on March 7, 2020. She was born Marjorie Alice Rea on September 6, 1928 in Albemarle County, VA, daughter of the late Virgil Rice Rea and Essie Lena Hawkins. She grew up on a farm in , the youngest of eight brothers and sisters, all of whom predeceased her. Her mother died when Marjorie was only 18 months old. She also was predeceased by her husband of 57 years, Dr. R. Vincent Crowder, Jr. , who practiced Internal Medicine in for many years.

Marjorie graduated in 1949 from the Lynchburg General Hospital School of Nursing and practiced as a Registered Nurse for several years until starting a family after her marriage to Dr. Crowder on December 31, 1949.

Marjorie was formerly active in the Lynchburg Garden Club. Over the years, she adopted a number of cats from off the streets, whom she dearly loved.

" Marge" was a natural athlete in her youth and took up tennis in the mid 1960s, becoming a prominent area player in the 1970s. She won women's titles in the City, Boonsboro Club and Oakwood Club tournaments numerous times. She was highly ranked in both and the Mid-Atlantic section of the USTA. She reached the finals of the MATA Women's 35 Singles Division twice.

Diuguid Funeral Service & Crematory on is assisting with arrangements. The family will receive friends on Thursday, March 26 from 6 until 7:30 p.m. at the funeral home. Private family burial at . Memories and thoughts may be shared with the family at www.diuguidfuneralservice.com.

"I will lift up mine eyes into the hills, from whence cometh my help.

My help cometh from the LORD, which made heaven and earth."

To send flowers to the family or plant a tree in memory of Marjorie Crowder, please visit Tribute Store
Print
Thursday
26
March