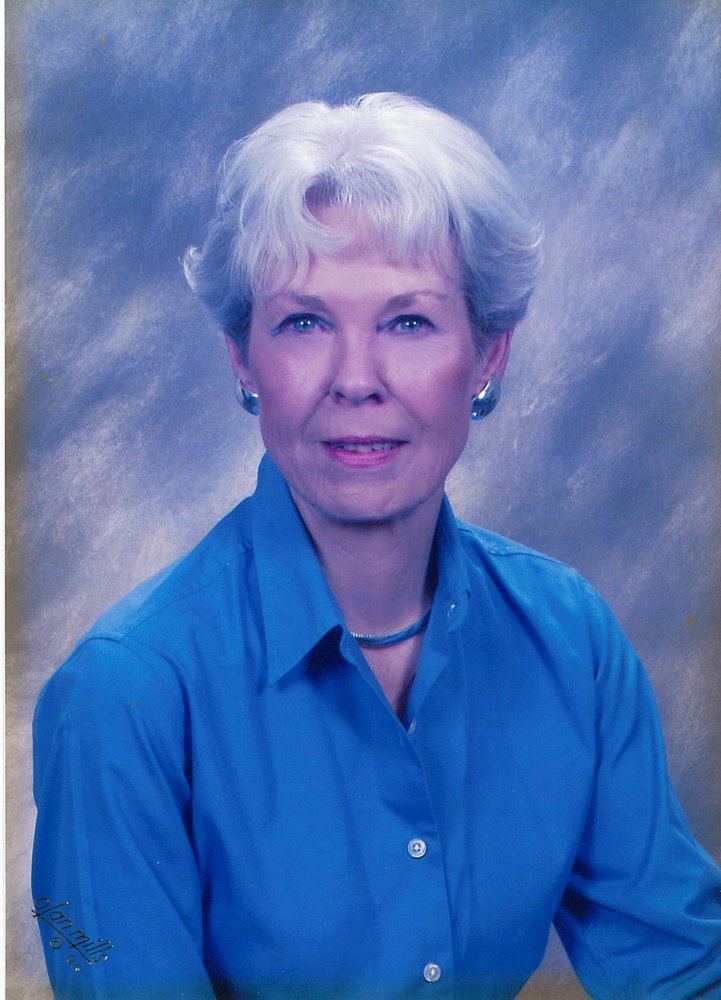 Mary Norvell Millner Thomson, wife of the late W. Clay Thomson, died February 16, 2020, in Lynchburg, Virginia. Born April 14, 1926, she was the daughter of the late Mary Norvell Payne and Henry Victor Millner of Lynchburg and Danville.

Mrs. Thomson spent her youth in Danville, Virginia, where she attended local schools, graduated from Mary Washington College with a Bachelors of Arts Degree in Education and taught in Danville prior to her marriage in 1950 to the late A.B. Crowell, Jr., of that city. While living in Danville she was an active member of the Epiphany Episcopal Church and a member of the Junior Wednesday Club. The couple had grand adventures and traveled extensively, but Mr. Crowell died too young.

In 1959, Norvell married the late Preston Clark Hodges of Lynchburg. They made their home in Fairfax, Virginia, where she continued her involvement with the Episcopal Church, serving on the Altar Guild of Truro Church and teaching Sunday School. She was an active member of the Garden Club of Fairfax and taught at St. Agnes Episcopal Girls School in Alexandria, VA. The Hodges family moved to Westmoreland County in the Northern Neck of Virginia after Mr. Hodges’ retirement. While living there for more than twenty-five years, Norvell taught in both public and private schools, served on the Vestry and the Altar Guild of Yeocomico Episcopal Church and was active in The Garden Club of the Northern Neck and the Rappahannock Committee of the National Society of The Colonial Dames in Virginia. After retiring from her teaching career, she served as a historic interpreter at Stratford Hall, the birthplace of Robert E. Lee.

She spent many happy years at her beloved house on the Potomac River, where family and friends gathered for festive occasions for decades. Summer visits by nieces, nephews and grandchildren are especially remembered. Her life was not complete without the presence of her dear dogs. From Huckleberry to Smokey and Bear, Belle and Big Shot, she shared many of her years with a canine companion or two.

After Mr. Hodges’ death in 1995, Norvell returned to Lynchburg where she continued her church participation at St. John’s Episcopal Church. Civic activities included volunteering at Thomas Jefferson’s Poplar Forest, Point of Honor and Meals on Wheels. She served as Treasurer of the Lynchburg Chapter of the Colonial Dames for six years. To their mutual joy as well as that of their family and friends, Norvell and Clay Thomson were married in 2003.

Norvell will be remembered for her grace and beauty, her curiosity and her innate and unique sense of style. When she entered a room, suddenly, it was brighter. She shared her inimitable spirit of life gladly and boldly with friends and family. She entertained with a warm and welcoming touch throughout her life, bringing joy and creating circles of friends in all her communities.

Norvell set a high bar for behavior, civility and manners. Her family, especially the “children of her heart,” as she called them, aspire to “be Norvell” in all of their lives. Her actions and expectations make us all want to be better, kinder and gentler people.

Mrs. Thomson is survived by her son, Bruce Crowell Hodges and his wife, Shelia, of Tappahannock, Virginia: two step-daughters, Sally Preston Hodges Rude and Stuart Scott Hodges Duvall and her husband Jeff, all of Tallahassee, Florida; one brother, H. Victor Millner, Jr., of Lynchburg; her cherished niece and nephews, Frazier Millner Armstrong and her husband, Brad, of Richmond; H. Victor Millner, III, of Lynchburg and his wife, Perry, Norvell’s beloved goddaughter, and James R. Millner, II and his partner, Richard Gordon, of Richmond; four grandchildren, C. Paige Riordan, of Doswell, Preston Tucker Riordan, Randi Buchannan and Thomas E. Buchannan, all of Tallahassee; cousins, Daniel Allen Payne, II and his wife, Vivian, and their family, Joseph Perry Langford Payne and his wife Katherine and their family, all of Lynchburg; Janie Sackett Mosby of Warrenton, and a host of cherished friends who have graced her life.

A memorial service will be held at St. John’s Episcopal Church at 10:30 AM on Monday, February 24th, with the Rev. Chris Roussell officiating.  A private inurnment will be held for family in the Old City Cemetery in Lynchburg. In addition, there will be a graveside inurnment service on Saturday, April 11th at 11:30 AM at Yeocomico Church (Cople Episcopal Parish), Kinsale, Virginia.

To send flowers to the family or plant a tree in memory of Mary Thomson, please visit Tribute Store
Monday
24
February

Share Your Memory of
Mary
Upload Your Memory View All Memories
Be the first to upload a memory!
Share A Memory
Send Flowers