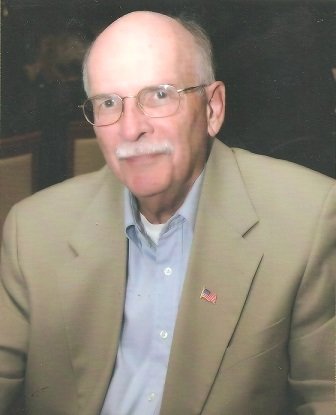 Robert Edward Johnson of Forest, Virginia, known to most as “Bob” and known to everyone he met as a friend, was peacefully called to Heaven at the age of 75 on November 13, 2019 at his home  surrounded by his loving family.

He was preceded in death by his loving parents William Earl Johnson and Ida Kirby Johnson, as well as his brother Bill Johnson, all of Bedford, Virginia. Bob is survived by his wife of 51 years and the love of his life, Marie Johnson. He is also survived by son Scott Johnson; Scott’s wife Jennifer Johnson; son Ryan Johnson; grandchildren Abby, Phoebe, and Chloe Johnson; brother Van Johnson; and nieces Ivy Collier and Kim Snow.

Bob was born on September 28, 1944 and grew up in a home on South Street in Bedford, Virginia, a town he cherished. Following his education, he traveled to Panama where he served with the US Army. His tradition of service continued later in life when he served the community as an American Legion Honor Guard – a role he respected and loved.

In addition to his professional life as a project planner at B&W and a Magistrate for Bedford County, Bob was well known for his contributions as a member of the Bedford County School Board and a trustee and board member of the church he cared deeply for, Memorial Christian Church.

Most who knew Bob know that while he loved being involved in the community, his most cherished time included traveling and spending time with his beloved wife Marie, supporting the interests of his children and grandchildren, listening to music, caring for his dog Guss, and quietly watching birds from his “office” – the screened-in porch.

Bob will be remembered as a kind and gentle person who was a friend to everyone he met.

A service will be held on Saturday, November 16, 2019 at 1:00 P.M. at Fort Hill United Methodist Church. A visitation will be held one hour (12-1 PM) before the service at the church. Burial will be in Greenwood Cemetery. In lieu of flowers a donation may be made to The American Legion Honor Guard-Post 16, 1301 Greenview Dr., Lynchburg, VA, 24502 or Fort Hill United Methodist Church, 106 Oakridge Blvd., Lynchburg, VA  24502.