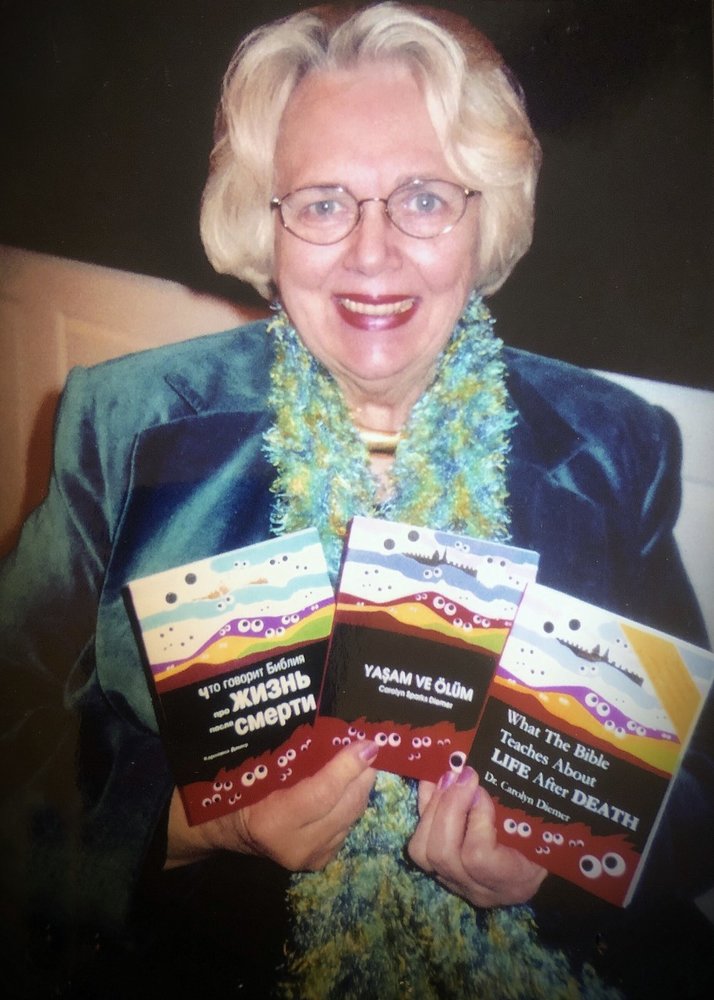 Carolyn was born July 19th, 1938 in Spruce Pine, North Carolina.  She accepted Jesus Christ as her personal savior at age ten.  At age 14, she yielded her life to Jesus Christ, stating she was willing to go anywhere and do anything God wanted.  While in college, she did summer missions work in New Orleans, LA and Bakersfield, CA.

While working on her Master in Religious Education degree at Southwestern Seminary in Fort Worth, TX, she met the love of her life, Carl Diemer from Portsmouth, Virginia, while he was studying for his Doctorate in Theology.  After their marriage in 1963, her husband served as pastor in Texas, Missouri, Pennsylvania, North Carolina and Virginia where they made many wonderful friends.

Carolyn and Carl had their son, Curtis John Diemer, while still in Texas in 1965.  Their second child, Christy Elaine Diemer, was born in St. Louis Misouri, in 1970. Also surviving Carolyn is a sister, Evelyn Slagle and several surviving nephews and nieces.  Preceding her is death was a brother, Hal Sparks.  Carolyn had a love for her students and teaching from age 14 when she taught five year olds in Sunday School and teenagers during summer missions work.  After receiving her bachelor of science in education, she taught elementary and middle school for 8 years in Texas and Missouri.

After moving to Lynchburg, Va in 1973 she taught first grade at Timberlake Christian School and Lynchburg Christian Academy.  In 1976, while teaching part time at Liberty Baptist College, she discovered her love for teaching college students.  She then went on to teach full time in the Liberty University School of Education for 27 years during which time she completed her Doctorate in Education from NOVA University.

In 1995, Dr. Diemer established “Books Without Borders,” a Christian non-profit organization to get the book What the Bible Teaches About Life After Death translated into Russian, printed in Minsk, Belarus and over a million copies distributed throughout the former Soviet Union.   The book has now been translated into Turkish and Arabic.

From 1996 through 2010, Dr. Diemer and her devoted supportive husband led summer missions work in many former Soviet block countries. Carolyn lived a wonderful active life being a pastor’s wife, a seminary professor’s wife and doing summer mission work all over the world. She also loved her four grandchildren, James, Anna, Amber and Alise.   She enjoyed her many friends at Leesville Road Baptist church, where her husband served as pastor while he also taught full time at the Liberty Baptist Theological Seminary.  She was an active member of Hyland Heights Baptist Church.  Dr. Diemer enjoyed her family, many friends worldwide, and also her education colleagues.