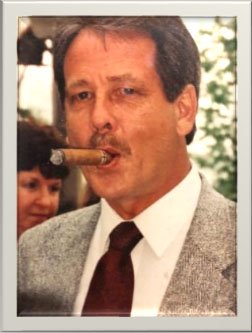 Dennis B. Jones peacefully departed this life from the comfort of his own home in Lynchburg, VA on May 12, 2019 at the tender age of 73.

Dennis was born in Roscoe, PA. He was the son of the late Roscoe and Jeannie Jones.  After graduating California High School, Dennis ventured to Texas where he began his career in the private railcar industry. Later he moved to Lynchburg, VA where he accepted a job with Buncher Railcar Corp. Dennis retired 43 years later from BRC as their Vice President and General Manager.

Dennis was a devoted husband and father. He loved the outdoors, and among his many enjoyments was golfing, fishing, and hunting. He was also a master at grilling. He could rally any executive chef when it came to steak.  Dennis was also known as the undocumented meteorologist with countless hours studying the weather channel and disseminating weather predictions to family and friends.

Dennis is survived by his loving wife of 47 years, Elizabeth Jones; his children Clayton Jones, Jodie Carlin, Daniel Jones, and Kim Jones-McCrory; his brother and sisters Barry Jones, Gail Adam, and Sherry Green; 10 grandchildren, nieces and nephews along with a host of extended friends and family.

To send flowers to the family or plant a tree in memory of Dennis Jones, please visit Tribute Store