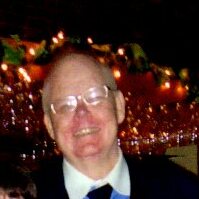 Born April 24, 1952, in Fort Bragg, NC, a son of the late Thomas A and Naomi Mahone Payne. He was preceded in death by three brothers, Thomas M. Payne. Walter R. Payne and Cheatham A. Payne. He is survived by special friends and care givers, Brenda Burnett and Joyce Cocke; other relatives and many friends.

Howard was a longtime member of Holy Trinity Lutheran Church.

Howard was a member of Jefferson Choral Society, including touring with them overseas. He loved Christmas and playing Santa Claus both at River Ridge Mall and for private occasions. Howard was in quite a few productions at the Fine Arts Center. When it came to sports, Howard was a diehard Miami Dolphins and New York Yankee’s fan. While Howard never had children, he considered his dogs and cats as his family. His beloved cat Bling is now residing with Brenda in Evington.

While he worked at the Post Office, Howard enjoyed getting up Bus Trips to performances at the Kennedy Center and various other places.