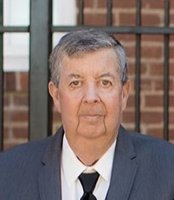 William N. “Billy or Bo” Jefferson, 74, of Gladys, VA, passed away unexpectedly, Wednesday, June 2, 2021, with his faithful wife by his side.

Born April 9, 1947, he was a son of the late Elmer and Doris Mitchell Jefferson.  Billy was the loving husband of 50 years to Patricia T. Jefferson. Billy was a member of Hyland Heights Baptist Church where he was actively involved in many activities.  He was employed by BWXT for more than 45 years, retiring in 2015.

After retirement, he enjoyed volunteering at Lynchburg General Hospital. He was an avid Lynchburg Hillcats fan and a member of the Hillcats Auxillary. Billy never slowed down after retirement and enjoyed spending mornings with his breakfast club, driving his wife to work, and watching his grandchildren in sporting events. Billy never met a stranger.