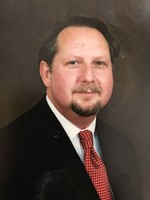 Arthur Stevens Booker II of Lynchburg died on May 17, 2021 after a debilitating illness. He was 68. To his friends, he was Steve, or Booker, or Art. He will be a remembered – accurately - as a unique and multilayered personality. He was hospitable and generous, arguably to a fault. His home was open all hours, food and drink at the ready, music on the stereo, fire in the fireplace and no questions asked. Speaking of music, he loved it and his tastes were as eclectic as they were refined. He especially liked guitarists and was for a time an accomplished player himself. In his prime, in the late hours and after much cajoling, he would perform Leo Kottke, Duane Allman and Steve Howe replicating their impossibly complex styles, note for note. And just when his audience demanded more, he would say enough, quit playing and have another glass of wine. Steve had a command of language that was funny, hilarious actually. He coined words and phrases out of the blue that were ribald, quirky, infectious and unforgettable. Obituary decorum and political correctness preclude examples here, but his many friends will remember and laugh out loud. He loved all things Italian, especially food and wine (he was a gourmand and a better than decent cook), the people, opera tenors, cars, and Ferrari Formula One. He loved cats –always had a couple – but nonetheless loved Fox News and women (though he was a committed bachelor). He was a proud cisgendered, heterosexual, American man. Steve lived in West Virginia, Richmond, New York City and La Jolla but liked Lynchburg best. To be precise, he liked living on or near Rivermont Avenue in closest proximity possible to Randolph- Macon Woman’s College. He earned a B.A. in International Business from Lynchburg College and had jobs as varied as his preferences in reading and music. He worked in construction, auto sales, IT sales, and legal research; he was even a librarian for a stint. Steve was predeceased by his parents, Arthur and Josephine Booker. He is survived by his loving sister, Diane Davis of Concord - who was his friend and rock until the end - and her son, his nephew Joseph Davis of Virginia Beach. The family would like to express their gratitude for the incredible care and support of Gentle Shepherd Hospice and dear friend, Bambi Elliott. Steve was a spiritual man, but not religious and he hated funerals, so do not expect one. He liked parties though, so expect a lively and well peopled wake, date and place TBD.