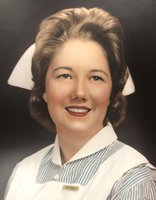 Linda Craig Stanley, 76, of Forest, graduated to Glory on Tuesday, June 9, 2020 in Lynchburg.  A native of Martinsville, she was the daughter of the late Robert Crystal Craig and Nancy Gammons Craig.

A graduate of the Virginia Baptist Hospital School of Nursing, she was a registered nurse for 43 years and a member of Lakewood Baptist Church.  She loved her Lord, spending time with her grandchildren, and her dog, Molly.

A visitation will be held on Friday, June 12th from 11 a.m. – 1 p.m. at Diuguid Funeral Service, Waterlick Chapel.  A graveside service will be held at 3 p.m. at Virginia Memorial Gardens, Forest.

In lieu of flowers, memorial contributions may be made to the National Kidney Foundation, www.kidney.org, or the American Diabetes Association, www.diabetes.org.